A perennial topic in the coffee industry is the balance of economic sustainability and market forces.

Every year, questions surrounding value and producer income are explored in endless detail in filled lecture halls at industry events and in earnest white papers; Yet every year the chasm between procurement and sustainable value distribution seems to grow wider. The coffee industry over and over again has stated its commitment to valuing farmers, yet routinely fails to meaningfully address income distribution.

This failure has had ramifications. Younger generations are abandoning farms for careers with greater stability and pay. Meanwhile in some coffee-farming communities, food insecurity and lack of other opportunities can drive migration.

According to Cory Gilman, director of strategic initiatives at Heifer Internationalan INGO that has worked with small holder farmers for more than 75 years, “The lack of viable livelihoods — stemming from untenable prices — is a systemic problem which traps producing communities in poverty cycles.” 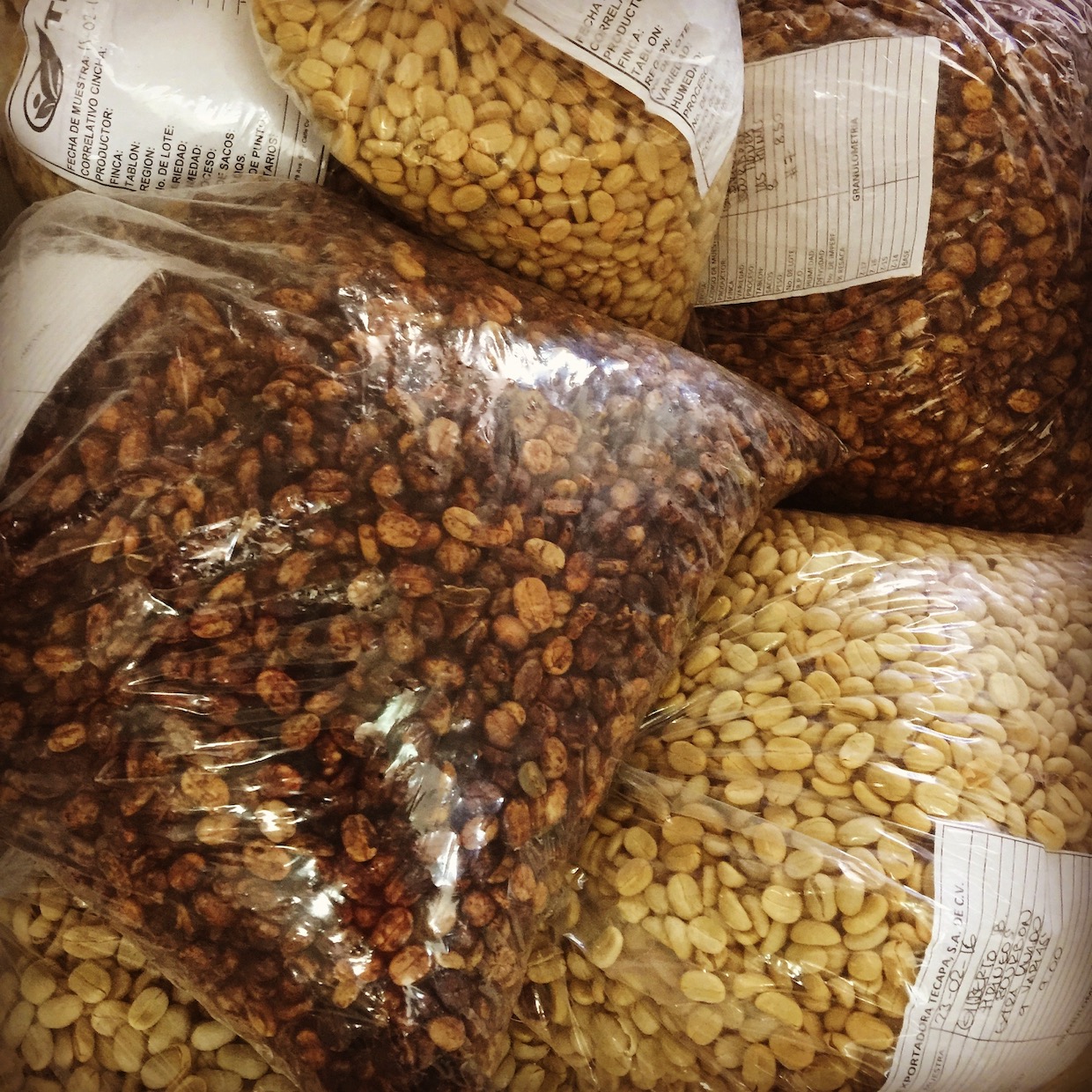 Gilman further stated that while production of Arabica coffee has increased close to 50% since the 1990s, farm income from coffee has correspondingly halved. In Nicaragua, for example, one of every two coffee farmers lives in extreme poverty and up to 70% experience food insecurity, according to Heifer’s research.

This also leads to environmental ramifications. According to Gilman, when higher production volume is the only marketable option to earn more, tree canopy tends to come down and crop density goes up.

Said Gilman, “Deforestation is an inevitable result of moving away from the kind of agroforestry coffee production typical of smallholders to more intensive cultivation.”

Some buying organizations invest at the farm and mill level to improve quality and efficiency, but those benefits are easily canceled by a retrograde market, and ultimately ultimately benefit individual buyers rather than large groups of producers.

“Of course, these projects are supportive of a farmer well-being; In a good market, the combination of technical support services can bring producers to a living income or above,” Gilman said. “But good markets are few and far between, so usually what’s realistic is livelihood improvement rather than truly thriving families. In these cases, projects are the difference between hanging on and falling off an economic cliff. Absolutely the most impactful, sustained results come from a combination of farm improvements and pricing commitments.”

The Coffee Supply Chain is Unbroken

The coffee industry is built upon a set of structural double standards that apply to the scale and the manner of distribution of income while delivering the most economic and marketing benefits to actors in historically consuming countries.

Despite a genuine interest in equitable exchanges with producers, green coffee buyers continue to turn to the commodities market as a price discovery mechanism — ie a measure of value. Meanwhile, those same actors who buy and roast coffee are able to set their own prices at will.

In the specialty coffee segment, where dollars per pound of coffee often appear to be significantly higher than the commodities-market rate (loosely referred to as the “C price”), the double standard remains. Even proud and genuinely well-intentioned “direct-trade” coffee companies, who buy based on relationships and cup quality, are susceptible to the double standard, since their purchase prices continue to be measured against the C, no matter how much they may wish to be detached from it.

Yet what international standards define how we price roasted coffee? There are none. In a down market or an up market, the cost of a bag on the shelf is relatively stable. More importantly, its price is determined entirely by the seller. 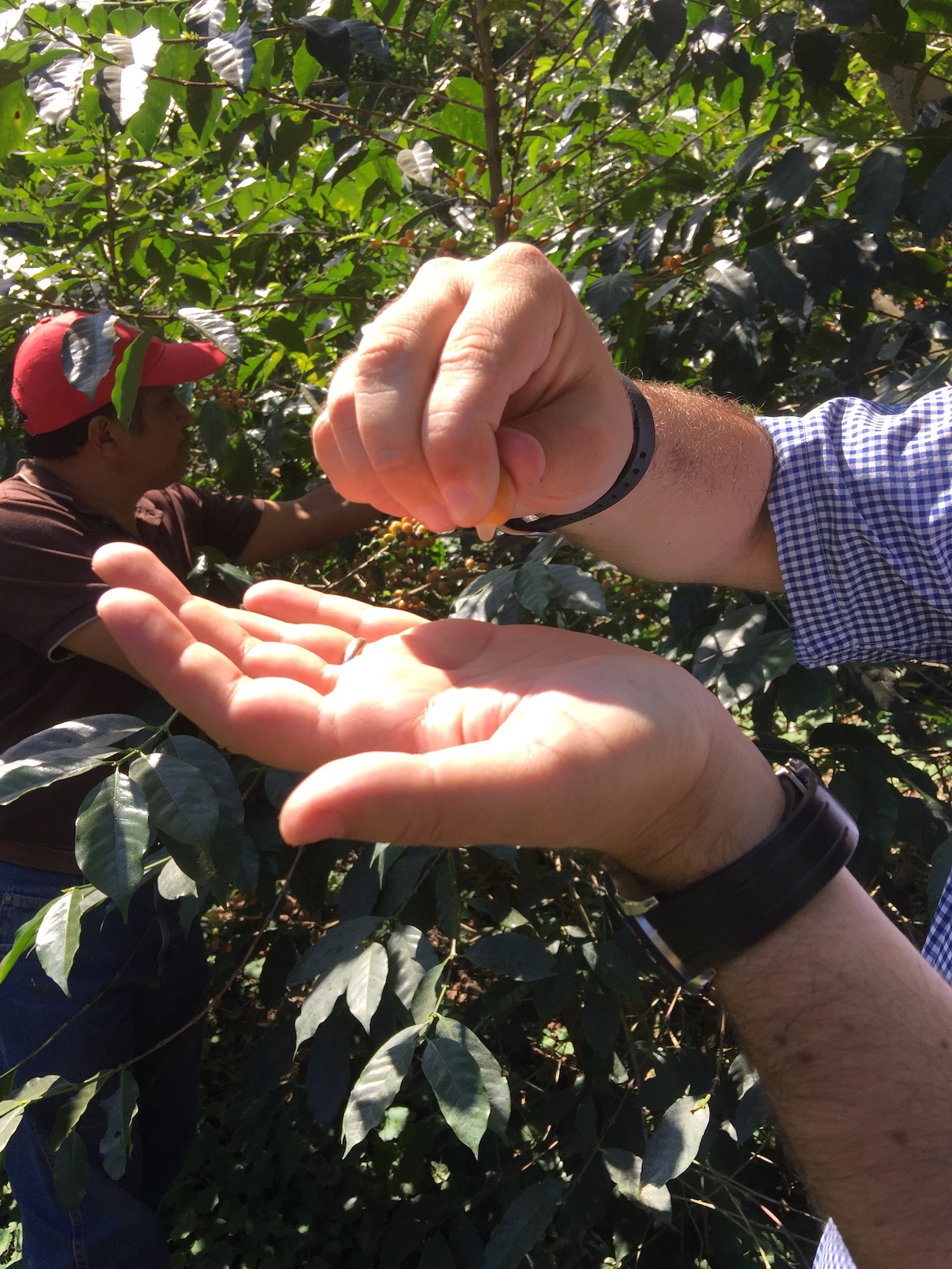 Here’s another double standard: Imagine delegations of coffee farmers touring roasting facilities and cafes to recommend operational changes for increased productivity, or to study the local living wage requirements, then taking that information to determine what to charge for their own product.

Or, imagine a scenario in which roasters were market-forced to sell coffee at an unsustainably low price, then told by farmers that they need to diversify their income streams to protect themselves against market volatility.

As absurd as that may sound, actors in consuming countries are engaging in these kinds of activities, vestiges of colonial practices. Buyers will go to coffee-growing communities and look for alternative ways through which farmers can survive, even though green coffee is an essential product in every roasting business.

No matter how well-intentioned both sides may be, they are adhering to entirely separate standards.

Additionally, some third-party certification schemes in coffee literally involve double standards. While they may or may not result in increased prices paid to producers, most certifications require producers to meet standards to which buyers or resellers have no genuine equivalent. To put this another way, “claims-based” marketing puts the majority of responsibilities on the farm, while the highest potential reward is actually on the retail shelf.

Of course, the quality of a bag of coffee depends in a large part on the work of those who farm and process it. A roasting company contributes to quality, and brands present the end product in a way that supports its price, but the foundation of all this is the coffee itself. Why then are the most important contributors to the value of coffee the ones left at the mercy of a commodity-driven pricing structure?

“The distribution of the final consumer price among actors along the chain is generally not considered something requiring tinkering, based on the orthodox economic assumption that value added = value captured, which has sadly been solidified as common sense in a lot of circles,” said Karl Wienhold, author of Cheap Coffee and PhD candidate at University of Lisbon. “Questioning this would essentially unravel the assumption of social and economic justice under free market capitalism, the notion that the market works and ‘you get what you deserve’ from it.”

“It’s time to stop and think about why all of these charitable or ‘impact’ programs that essentially just redistribute income — sometimes in self-serving, performing, and condescending ways, and sometimes not — are even necessary,” said Wienhold. “How do you justify that the initial distribution leaves one side with a surplus that they can choose to share some of, and the other side in need of charity in order to survive?”

But what if mutual benefit was at the heart of every transaction?

Tying the Beginning Price and End Price Together

Instead of starting with the floor of the international green coffee commodity market, we’re starting with the ceiling of the local, highest value retail market. We call the model Proportional Pricing, and it’s remarkably simple: Farmers get the first cut.

Torque simply pre-pays coffee producers 20% of the planned retail price of our roasted coffee. The higher the price at which a coffee sells, the more the coffee producer gets paid. It is a clear and transparent 20% ratio that ensures equilibrium and delivers equity to coffee producers.

Producer-focused pricing certainly isn’t status quo, but it’s not impossible — nor is it one size fits all. There are various ways to model equitable, long-term pricing commitments for key commodities.

Some companies still use market-based contracts but add a “living income” differential. Other approaches completely breaking from the market, creating standalone sourcing methods that shore up supply chains while facilitating living incomes.

Proportional Pricing: A New Model To Break the Double Standard

The normal rule of capitalism is to increase the distance between cost and price in order to extract the largest possible value. In the coffee industry, the vast majority of income is collected at the consuming end of the value chain. We contend that this hollowed out structure is unsustainable and that it is not the only profitable way to operate a business.

A proportional pricing structure is not one that pays producers a specific dollar amount, nor does it start with a floor price and add differentials. It is a structure in which the price paid to the producer is tied directly to the market value of the end product.

A distribution of economic value based on the final price flies in the face of old school capitalism, in which unequal exchange is the primary mechanism for the accumulation of wealth.

Our vision is that every specialty coffee roaster who values ​​coffee and wants a more equitable coffee supply chain will adopt mechanisms and models that tear down the coffee industry’s long-running double standards. The current value chain needs breaking.

[Editor’s note: Daily Coffee News does not publish paid content or sponsored content of any kind. Any views or opinions expressed in this piece are those of the author/s and are not necessarily shared by Daily Coffee News or its management. Do you have a story idea for DCN? Share it here.]

Nanelle Newbom
A Worker Owner at Equal Exchange and the co-founder and roaster at Torque Coffees, Nanelle Newbom also co-founded Barefoot Coffee Roasters in 2003 before leading coffee service and roasting programs for a range of clients in the foodservice, education and community development fields.